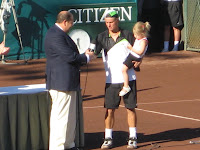 Llyton Hewitt and his daughter. 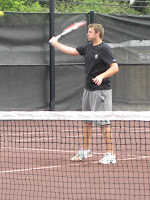 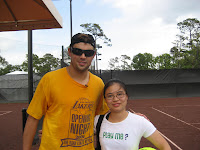 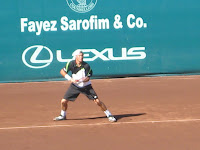 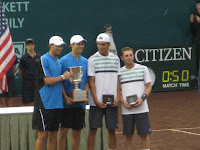 Bryan Brothers and the runners up - Ryan Sweeting and Jesse Levine. 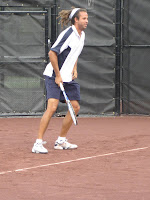 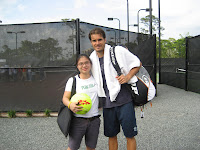 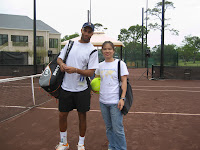 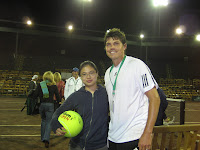 summary of the tournament, Hewitt won, only his 2nd clay court title of his career. Bryan Brothers were the doubles champion.
James Blake and Mardy Fish both lost in the first round (!!!) to Gulliermo Canas and Bjorn Phau
respectively.
James Blake and Mardy Fish paired up for doubles but lost to the Bryan Brothers in the semis.
nights were cold cold nights.
afternoons were sunny afternoons.
vomitted by eejane at 1:20 PM